I used to think that every first conversation with a woman had to be like in the movies. It usually failed. I felt there had to be some sort of witty quip,Â  or I had to scramble to find some reason to make that first comment. They were usually horrible, consisting of talk of the weather or sports. I started trying to find more creative ways to talk to women, having a few lines in my pocket for a rainy day, that could be applied to any chance meeting of a girl.Â  After that line, I would struggle to find words to follow up with and usually ended up just burning myself.

I don’t want other guys to struggle like I did! Here are the top things you should remember when it comes to breaking the ice with a chick….

Try Honesty, and Be Confident.

Seriously, you are more likely to get into a decent conversation with the honesty route than by coming up with some amazing random factoid that you have been holding in your back pocket. Women appreciate a direct approach, as long as it doesn’t border on blunt and rude. Straight up telling them you want to get them into bed isn’t likely to work as well as, “I find you to be very pretty, and I would like to spend time talking to you, if I’m not tearing you from your friends?”

It’s also important to be confident in what you are saying, even if you may not necessarily believe it. People will likely believe most of what you have to say as long as you sound convincing and not arrogant. Want to speak confidently, but not sure how to avoid being arrogant? Check out this video for some tips, regardless of who you are talking to.

Nothing turns a woman off more than a man leaning in too closely to her. If you think she can smell your breath, then she probably can, and you need to take a step back. Mabye even two.Â  You may think you aren’t doing anything wrong, but to women, it comes across as vaguely menacing. It also reeks of trying to keep any other men at bay, which a truly secure and confident man wouldn’t be bothered to do.

Not sure what I mean? Check out this article on Body Language and Personal space from About.com.

Offer YOUR digits before taking hers.

By offering to give her your number first, it shows not only confidence, but it also shows a genuine interest. You are allowing her to be in the position of making the first move or not, instead of letting HER wonder if you actually intend on calling again or not.

Don’t rehash old pickup lines, even if they may be cute or you think girls might find it funny in a lame way. No one really wants ‘lame’ to be a first impression. If you really want to peak her interest, try asking her opinion on something. Try something like, “Hey, I like your outfit,maybe you could give me some fashion advice; does this jacket match this tie?” 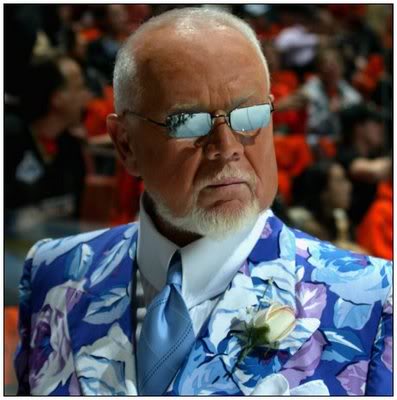 Ask questions that can’t be answered with a yes or a no.

By asking her open-ended questions, you are not only making the conversation last longer, you are also supposedly showing an interest in her and her life. One way to make it even better? By following up the initial question with another question based on her answer. This way gentlemen, it looks like you are actually listening to her.

Remember, the whole goal is to make the woman you are after more comfortable around you, enough to open up and consider you as the one she goes home with when the bar closes.