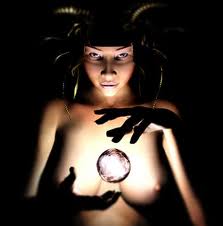 Hey y’alls.Â  This is part two in my two-part series about adult dating women of different religions.Â  I covered a lot of the major faiths out there in Part One, so this entry will deal with some lesser known religions.

These bitches be crazy.Â  But that also means she’ll be crazy in bed.Â  She might want to drink your blood while you’re “crushing her cauldron”.Â  She might ask you to dance naked in the woods during the winter solstice.Â  All these should be done with a smile, because eventually she’s going to bring home the whole coven for you to enjoy in a pagan orgy.Â  WORTH IT.

According to these ladies, 75 million years ago Xenu brought billions of people to Earth in spacecraft, stacked them around volcanoes, and detonated hydrogen bombs to get the Earth’s population going.Â  The best part about sex with these crazy women is that when you’re tired of dating her, you can leave her a note saying that Xenu has called you back home, and you’ll see her there.Â  Clean break.

First of all, these ladies are awesome because of the Pat Benetar hairdos and the heavy whore eye makeup.Â  Second, if she is actually Gozer herself, you can choose the form that she will take.Â  I suggest you stay away from choosing a large and moving Torb, or that of a giant Slor.Â  Choose something more fun, like Jessica Simpson in that Dukes of Hazzard video where she’s washing the car.Â  Keymaster the fuck out of that gatekeeper.Â  She won’t ask you if you’re a godâ€¦she’ll KNOW.

According to the 2001 New Zealand census, 53,000 people listed themselves as Jedi.Â  This counts them ahead of Buddhists and Hindus in New Zealand.Â  Obvious benefits to dating a Jedi chick: she’ll dress up like Leia, she can use the force to tickle your balls, and she likes sci-fi movies.