5 Things Women Want in the Bedroom

Ok Gentlemen, I’m going to let you in on some secrets I have learned over the years about what women want from us in the bedroom, but are usually too afraid to ask. Now, bear in mind, this won’t apply for ALL women, and this is just based on my own experiences. But it applies to the majority I have encountered. Which is a lot. Just sayin’. 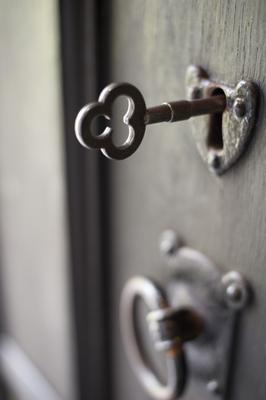 Edit: I have been told by Mandy that I am NOT allowed to write this article on my own, as I have dangly bits between my legs and therefore cannot know for sure what a woman wants. Guess who has offered to be my co-pilot and handle this post? I take no responsibility for what is said from here on out….

Mandy: Ok boys, these are my Five Key Points you want to master with a chick in the bedroom. Or, wherever you happen to be getting your freak on. Firstly…

This is the key, right here! Sex is all about giving and taking by both parties, not one doing all the giving and the other doing all the taking. Don’t expect me to go downtown if you won’t do the same in return. Oh, and if you are with a woman who doesn’t like to, then she should NOT expect you to do it. Neither party is in any way obligated to preform oral. Or ANY act for that matter. But don’t expect it if you aren’t willing to give it. Give and Take, honey!

Guys, we aren’t made of glass. Whether they admit it or not, a lot of women like to get a little rough in the sack. A little hair pulling, a couple smacks on the ass, and a firm grip can go a long way with a girl. If you aren’t sure if she’s into it, try it once and see her reaction, you’ll either know right away she’s into it, or you can get clarification. Take charge, men!

That being said, sometimes it’s good for a woman to be the aggressor. Be honest men, how many of you HAVEN’T enjoyed when your girl is on top and pinning your arms down? Or blindfolded you so that you didn’t know what she was gonna touch next, and with what body part?

You aren’t the only ones who watch the occasional naughty clip, give us a chance to get creative too!

A Good Sense of Timing

While we hate a guy that can’t go past a minute, the opposite effect is also true. You can’t expect to jackhammer us for an hour straight without some sort of fallout. If things are getting a little rough down there but you aren’t quite there yet, take a time out and focus back on some foreplay. If you don’t, I’m telling you, it feels like your dick is wrapped in sandpaper, and I guarantee you won’t get any for a few days afterwards.

There’s good noise, and then there’s awkward noises. (Ladies, you better learn to laugh at the awkward ones, because they WILL happen, and if you don’t want to completely kill the mood from being self-conscious, let it go, or laugh it off. ) Menfolk, you are NOT a ninja, and the goal isn’t to get in and out as quietly as possible. When you make those appreciative noises, we LIKE it. It shows that you are enjoying everything we are doing.Â  If we are making noise and you aren’t it makes us feel embarrassed. Don’t grunt like a gorilla, or roar like a lion, and we will be good! Better yet, avoid all sounds resembling the animal kingdom, or you’ll just end up with a look similar to this:

Ready to try these out? Why not sign up for a membership at Sexsearchcom.com or Xpress.com and you’ll see why Justin highly recommends both!