How I Escaped the Friend Zone

When I wrote my post a couple of weeks back on how to escape the friend zone, I think a lot of you thought I was basically talking out of my ass. Rest assured, dear readers, I am NOT. I too, have been in that unfortunate Dead Zone of a relationship. 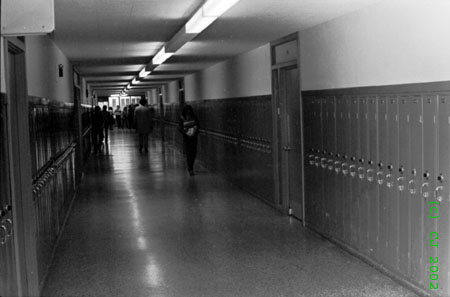 In my last year of high school, I had been crushing on Maria for months, but had barely spoken more than a handful of sentences to her. Turns out we shared 3 of the same classes, and she sat next to me in two of them (gotta love teachers who alphabetize the class). Over the course of September, we started chit chatting and joking around, and while I thought I was flirting with her, she took it as joking. We gradually upgrade to talking on the phone about homework and studying together, and then just chatting on the phone and hanging out. By December, I was convinced this was my chance. I went and bought her a great Christmas present (a rare band shirt that she hadn’t been able to find), and a letter professing my feelings and asking her if she’d consider going on a date with me.

Clearly it backfired, or there would be no story here right now.

When we exchanged gifts (I got a cd of my favorite musician at the time), she was over the moon at the shirt, and I told her she could read the card after. After that, I didn’t hear from her for 3 days. Normally we talked every day, and I knew I had clearly blown it and wed never talk again. On the third day she called and asked to come by, and when she did she explained that she valued our friendship too much to ruin it if we ever broke up. I was crushed, but agreed, just to keep her in my life.

And then I began to strategize. I thought about how she never actually said she didn’t have any feelings for me, she just said that she cared about our relationship too much to ruin it by making it a romantic one. I made that my mantra, and spent the next 3 months working out, and I still talked to her every day in class, but I gradually pulled back and wasn’t there for her every time she wanted to bitch about a friend who was backstabbing, or petty gossiping.We still hung out sometimes, but it was a little less frequent. Finally, one night there was a huge party at a mutual friends house, and there just so happened to be a cute girl there.

Maria and I both arrive together, and hung out with a group of 5 of our other friends. As the night went on, I made no secret of eyeing this cute girl, and Maria made no secret that she was getting more upset with each passing minute. When I asked her if she would help me by introducing me to the girl, I could see the tears well up in her eyes, but she still agreed to bring the friend over.

Keep in mind, I had no really interest in this girl, I was testing the waters with Maria, and it seemed to be working. After chatting with the girl for 15 minutes I excused myself to hit the bathroom. As I opened the door to come back out, Maria pushed her way in and closed the door behind her.

And then she kissed me.

She explained that over the past few months when I had been distancing myself, she realized how much she had taken me for granted and her own feelings. She had been so scared to not have me at all, that she was willing to sacrifice her own feelings and mine. She said she would understand if I didn’t want to give her another chance, but that she had to tell me how she felt.

We dated for about two years, finally growing out of the romantic relationship and settling into a great friendship, that I still have to this day. We always meet up whenever I go back home to visit family and have a great time. So fellas, take my advice, really. It IS possible to work out of the Friend Zone.