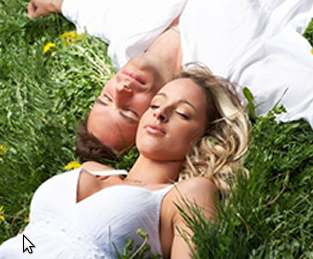 SpiritualSingles is an online dating site that has a specific angle, just like all the speciality internet dating sites I have been reviewing lately. It seems that no one is interested in just your everyday dating experience of searching and talking and getting together – now they have to be especially designed for one specific kind of compatibility. With SpiritualSingles, their focus is bringing people together that have a common spirituality.

Don’t get me wrong – I think having a common belief in whatever myth you’ve created for yourself to help dying seem not so scary is fine. After all, you don’t want to spend a lot of time online at a dating site chatting up some sweet honey only to find out on your first date that she’s a practising voodoo priestess. Or maybe you do, I don’t know. The point is, SpiritualSingles’ mandate is to bring together people whose beliefs are in synch; so that Christians that take the bible literally get together (yeesh), people who are Wiccan get together, and people like me, (who believe that organized religion isn’t anything but ridiculous) get together.

At first I was pretty sure this site was going to have Jeebus written all over it. However, once I took a look around the site’s homepage I was delighted to see that it wasn’t a Christian-based spirituality they were talking about. In fact, one of the splashy pictures on their homepage were a couple of hot lesbians rubbing their noses together, so I was relieved to find out that this site wasn’t about any single spiritual belief or system of beliefs. It was for anyone with any spirituality at all to find compatible people with similar views. 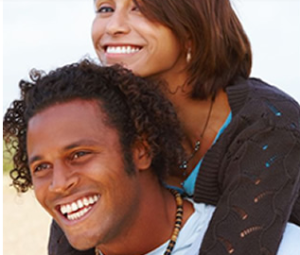 The layout and design of the site was pretty good, although it was somewhat dated. You can tell it’s the sort of site that would have seemed slick and interesting ten years ago, but since then they’ve stuck with the original design, rather than ponying up the dough for a new look. Not that I can be too critical. I’m still using my A-Team curtains in the boudoir.

I was impressed with the initial free profile they provide for people. A lot of sites have a pretty shabby initial free profile system so that you’re forced to upgrade to their paid membership plans to really effectively use their site. This site had quite a few features that were unlimited and were all part of the free package. This included being able to upload 2 profile pics, using their search engine to find locals with similar spirituality, save your favourite profiles and take notes on them, limited emailing, and limited instant messaging. You can also participate in taking their Sexual and Compatibility Tests, access to their astrology section, show “Interest” in other profiles, send “hellos” to people you like, and get invitations to their social functions. Granted, I get the feeling these “functions” are retreats meant to indoctrinate (or further entrench) people into whatever organized religion they’re susceptible to, but since I didn’t go to any, this is just a hypothesis.

This site was above average in quality altogether. I spent about an hour each night online searching for women with a similar spirituality. It was tricky finding agnostics on there, but there were a few. Altogether I sent out about 80 emails to women that were both attractive and not brainwashed by any major religion. Unfortunately to send that many emails I had to upgrade to one of their paid memberships (whose features I’ll discuss in the “Cost” section of this review) to send that many emails. I met about 25 interesting women out of those 80, and went on 15 first dates. Unfortunately none of the women were a home-run, in terms of compatibility, but the first dates were all nice enough. It was fun making light of all the other people on the site who were so immersed in their delusions they couldn’t see how silly they were.

This is a pretty low return on my investment of time and money, but then again, I didn’t go into this site review with a lot of hope in the first place.

The initial membership is free, but you have to pay to upgrade your membership. 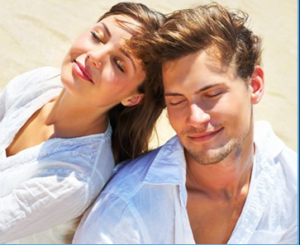 The main problem with this site is that the membership for each individual spirituality is low. After all, they might boast a membership of say 100,000 people, but with so many religions and sub-sects and odd spiritualities and atheists and agnostics, that 100,000 is suddenly subdivided so many times it’s insane. So now there are only 1000 other voodoo priests or priestesses out there, and they’re spread out all over the world. he odds of there being enough in your particular city or town is low, and makes the time, effort, and money you spend on this site illogical.

At the end of the day, sites like this that focus on one type of compatibilityÂ  are bound to be limited in terms of matchmaking. After all, spirituality, while an important part of a relationship’s dynamic, isn’t everything. You can both be fervent Anglicans, for example, but if that’s the extent of your similarities, you’re in trouble. The membership on this site is too low to find enough people with similar spiritualities too. My suggestion is to use a regular good dating site (that I’ve reviewed and recommended, of course) and make sure that your spirituality matches with the people on there.

You’ll end up with a more complete compatibility profile with other sites, and have a much larger pool of singles to choose from. Jah bless!