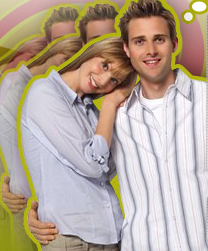 GoFishDatingÂ is another in a series of â€œfreeâ€ dating sites that I have been reviewing lately. 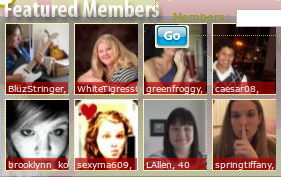 To be honest, the reason I’ve been focusing on the free ones lately is because I’m a little light in the wallet after a particularly harsh audit by the tax man. Apparently I can’t write off half the shit I thought I could, so as a consequence I’ve got less to spend on my reviews. I should have it all cleared up soon, so don’t worry about that. Plus, I’ve got to spend money on all the dates I take girls out on when using these sites, so it’s not really free, because you’ve got to look like a gentleman and at least offer to pay for her coffee. Equality is a myth when it comes to paying and dating, my friends. Believe that.

Anywho, I started looking around GoFishDating and the first thing that occurred to me was that they were obviously trying to get some of the business from PlentyOfFish. PlentyOfFish is one of the biggest free dating sites out there (although it didn’t impress me much when I reviewed it), and I think the people at GoFishDating are banking on the fact that enough people will mistakenly search for â€œGo Fish Datingâ€ rather than â€œPlenty of Fish Datingâ€ on search engines that they’ll have a viable online dating business.

The reason I call it an online dating business, despite the fact that everywhere on GoFishDating they purport to be â€œfreeâ€ is because the site is filled from top to bottom with advertisements. Whether it’s annoying banner ads that flash and distract you while you’re trying to search for dates, or the fact that they’re actively trying to lure advertisers to the site for their money, this site is not free at all. It might not cost you any money, but the psychic cost you pay for having to deal with and ultimately ignore all the ads is huge. At least it felt that way to me.

In fact, the site seems to be less about dating than it is trying to be a sort of craigslist. If you go to their Advertising page, you see a bunch of adds for people buying or selling or looking for something. No offence GoFishDating, but if I wanted to use a site like craigslist for dating, I would. I wouldn’t use some third-rate version of it.

My first impression of this site was not good. I looked around after having filled in my overly complicated and yet terrible profile. After shaking my head at the Advertising page, I went to the blog pages. Talk about a waste of time. The blogs are filled with girls talking about how guys suck, and filled with guys talking about how studly they are. It was like being in high school, but without being able to stare at girls in kilts.

I went to the â€œDate Infoâ€ page to see if they had any interesting articles on dating that might be fun to read. Instead they had a feature called â€œWelcome to Go Fish Dating Success Storiesâ€. Interested, I clicked on it, and saw that the last success story was posted in 2008, and there were, in total, three posts. One was asking about cancelling her account but couldn’t figure out how, one was clearly a fake, and one was legit. This raised some immediate alarm bells for me. Sites that make it difficult to cancel your account, free or not, cannot be trusted. Plus, the fake testimonial just seemed desperate.

As you can see, my first impressions were not favourable.

It’s free. Everyone likes to get a free deal if they can. However, that is about the extent of the good things about this site. Over the month I spent about forty-five minutes each night searching for women in my area to date. I ended up going on just ten dates, which is pretty low in terms of my effort on the site. I did meet one really attractive, awesome woman that I’ll be seeing again, but I don’t think that had much to do with the site. It’s really just a coincidence that we were both trying out GoFishDating at the same time.

This site doesn’t have much going for it at all. It’s trying to be a craigslist, and has all the problems that a site like that has when it moves into dating. Lots of prostitutes looking for customers. Lots of fake profiles and scammers looking to get money out of members. Plus, the membership was pretty low. All the same women kept coming up in my searches, meaning that there were just too few ladies on their site. It’s hard to cancel your account. He design is simple and the banner ads are annoying. The blogs are useless, and the articles they choose to upload are terrible. I went to the â€œPicsâ€ page to see if anyone had uploaded interesting pictures of themselves. It was filled with 90% of dudes. This site is definitely a sausage fest, in that I think the ratio of guys to girls is about 9:1. The few galleries uploaded by women are obviously fakes put up by the site, because the â€œalbumsâ€ have one picture each, and the pic they put up has clearly just been taken off a google image search for â€œcute womanâ€. 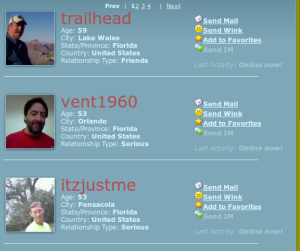 There are so many sites out there like GoFishDating that bank on people using them because they’re free. Unfortunately, free cost doesn’t mean that the site is worth your time or effort. There are very few sites that are actually free and yet deliver a quality dating search experience. One I reviewed recently was FindLove. If you want to try a good free dating site, I suggest starting there. However, I would argue that paying a small amount each month for a high-quality dating site is worth it.